They are known as "distressed properties," when in reality they are properties that belong to distressed homeowners. Foreclosed properties and those being sold short are homes that the homeowner can no longer afford, for any number of reasons.
If you have your heart set on purchasing from among an area's distressed properties, you may have to look a bit harder for them than you would have last year. The number of foreclosures on the market dwindled 22 percent in the first quarter of 2013 compared to the first quarter of 2012, according to RealtyTrac. The number of U.S. short sales has fallen 10 percent and is expected to keep falling. 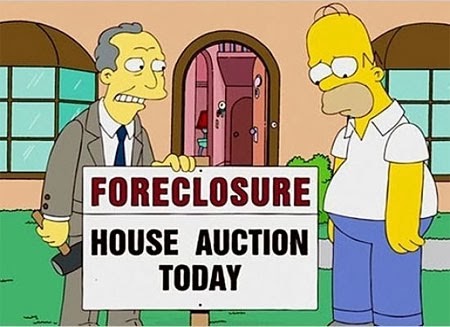 Think the listing price of that short sale is set in stone? Think again. The list price is a concoction of the homeowner and the real estate agent. The only price that matters is that which the lender sets, and that won't happen until there's an offer and the lender sends out an appraiser.
Much of the time the real estate agent's evaluation comes very close to appraised value, but there is no guarantee.
The list price on a foreclosure, however, is set by the lender, so unless you are able to negotiate for a lower price, this is the price the lender expects to obtain.

We all heard the short sale nightmare stories during the depth of the recession – all those poor buyers who were stuck waiting sometimes as long as a year or more to find out if their offers were accepted by the bank. While today's short sales are considerably more streamline, they still take longer to purchase than a foreclosure.
There are a number of reasons for the difference in timing, but the biggest is that there are more people involved in the short sale than the foreclosure.

Which One is a Bargain?

Lenders learned during the housing mess that short selling a house made them more money than taking it back and selling it themselves. That, however, may be changing – at least in Las Vegas, Nev.
The Greater Las Vegas Association of Realtors® reports that the median price of a bank-owned home in April was $152,000, while short sale median prices were $140,000 during the same time period. Since the median sales price on a non-distressed property during that time period was $167,000, it appears that, at least in Vegas, short sales may be a better bargain.

Many homeowners trash their short sales before moving out, but not quite as often as do foreclosed homeowners. With no recourse against the "big, bad bank," they'll rip out fixtures, carpets and destroy walls. Then, the bank sells them - both foreclosures and short sales - "as is."
When purchasing a short sale, at least you can meet the owners and possibly find out from them what type of, if any, work has been done with the house. With a foreclosure you don't get that chance.
Both options require extra due diligence, ordering inspections of any of the home's major systems that you have even the slightest doubt about. Inspections are the only form of "insurance" you'll have with these purchases. Sadly, not everything can be picked up during inspections. Work with your real estate agent to find qualified inspection professionals.

The folks at RealtyTrac crunched the numbers and have determined which markets are best for short sale bargains and which offer better foreclosure values.
California is the state with the most short sale bargains:
Santa Barbara
Visalia
Porterville
Fresno
Vallejo
Fairfield
Bakersfield
Stockton
Modesto
Riverside
Sacramento
If you live in Phoenix, Ariz.; Las Vegas, Nev.; Grand Rapids, Mich.; Des Moines, Iowa or Virginia Beach, Va., you'll also find it's cheaper to buy a short sale than a foreclosure.

"Real estate owned" is a phrase used by lenders to describe their real estate holdings. In some cities, foreclosed homes still provide the deepest discounts for buyers. Ohio has four cities where you can find a deal on a foreclosure:
Cleveland
Dayton
Columbus
Canton
Florida also has four cities in which foreclosures are better deals than short sales:
Palm Bay
Daytona Beach
Pensacola
Sarasota
North Carolina features three cities where you can pick up a foreclosure cheaper than a short sale:
Charlotte
Winston-Salem
Greensboro
Rounding out the list are two cities in Tennessee, Memphis and Chattanooga, and two in Illinois, Chicago and Rockford.
Your best source of information on buying distressed properties is your real estate agent. Nobody knows the local market as well.

Email ThisBlogThis!Share to TwitterShare to FacebookShare to Pinterest
Labels: AblazeAboutAlaska, Foreclosure, Homes for sale in Matsu, Homes for sale in Wasilla, Realtor In Alaska, Short Sales, What is my home worth? Matsu Homes
Location: Wasilla, AK 99654, USA